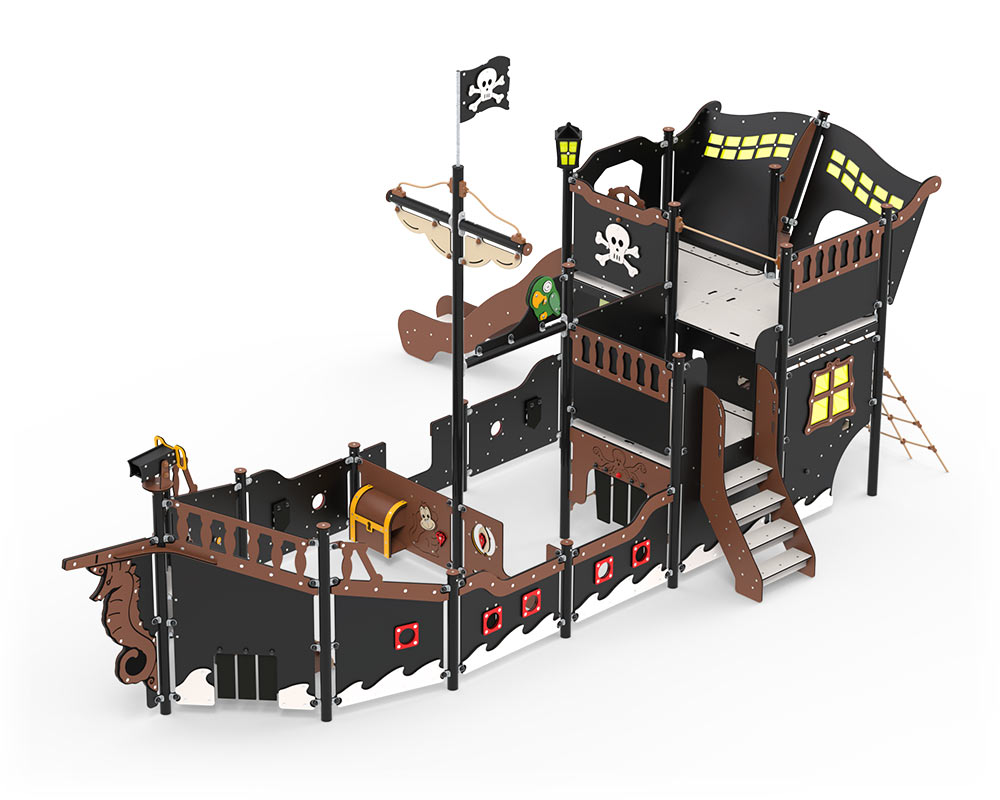 Victoria is one of the five big pirate ships in the Pirate series together with LP310 Elisabeth, LP311 Maria, LP312 Juliane and LP315 Absalon. The ships of this size are a real pirate universe, boasting too many activities to list them all here. In addition to all the moving pieces which are found on the smaller pirate ships – ship’s wheel, compass, anchor, rubber slats, telescope etc. – on the larger ships you can also play in the Captain’s cabin. Here, you will find the treasure chest, dungeon, diamond panel, rubber slats, the movable crab and many other play activities.