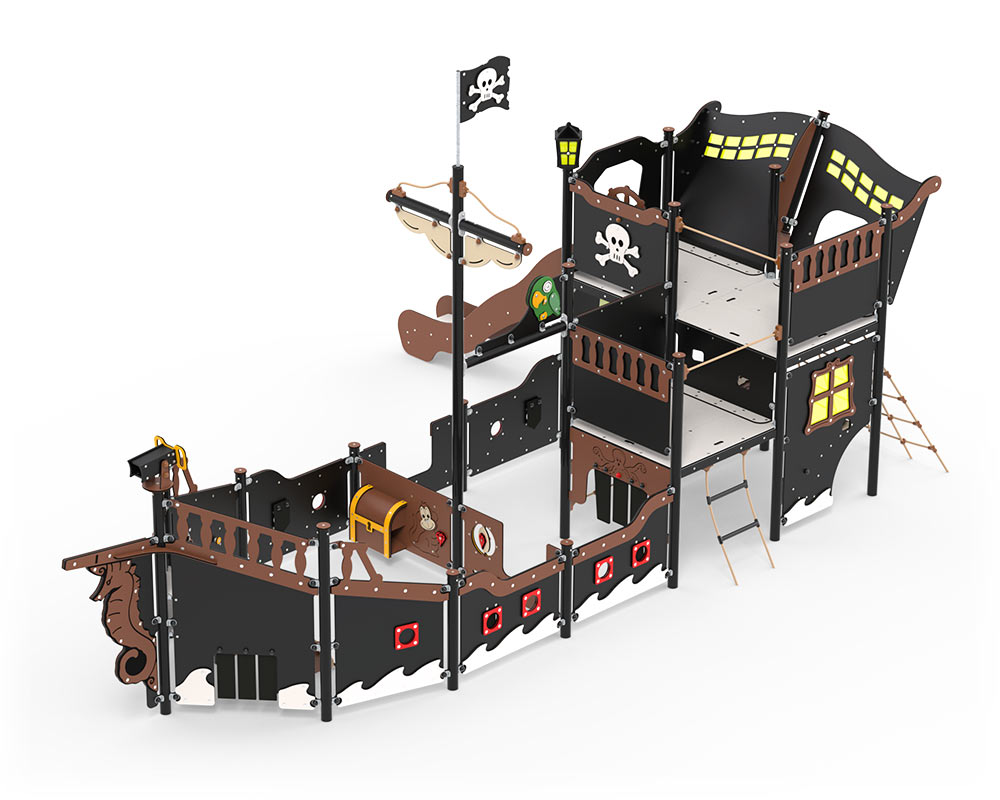 Juliane is one of the five big pirate ships in the Pirates series together with LP310 Elisabeth, LP311 Maria, LP313 Victoria and LP315 Absalon. Ships of this size offer a real pirate universe, with too many activities to list them all here. In addition to all the moving pieces which are found on the smaller pirate ships – ship’s wheel, compass, anchor, rubber slats, telescope etc. – on the larger ships you can also play in the Captain’s cabin. Here, you will find the treasure chest, dungeon, diamond panel, rubber slats, the movable crab and many other play activities.

The big pirate ships feature two aft decks, 90 cm and 140 cm high. On the upper aft deck is a lantern, which lights up in bright sunshine when light passes through the shockproof polycarbonate. It is also from here that you can go down the slide. The upper aft deck is accessed via the rope ladder or the climbing wall panel, or by scaling the large climbing net at the stern. The large climbing net is very popular with children because it is great fun, but it is also good for their health and development. When children perform cross-body movements, it stimulates neural activity between both sides of the brain. The better the two sides of the brain work together, the easier it is to learn to read and write. You can read more about the four zones on the pirate ships and all the play activities here.