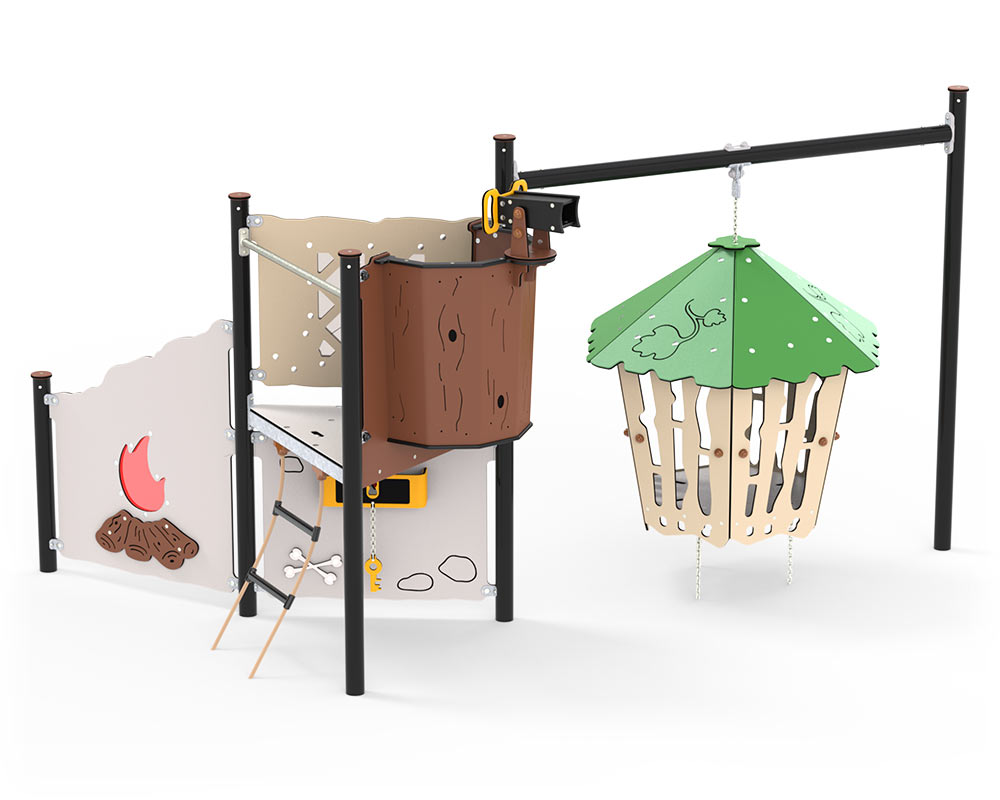 The treasure island with a jungle hut

Robin Island has everything you could imagine on a deserted island: a fire, cave, treasure chest, lookout barrel and the popular rocking jungle hut. The jungle hut can be found in both the Pirates and Explore universes, and is very popular because children love to hide and tell stories, while the rocking sensation adds a fun dimension to their play. When the sun shines through the shockproof polycarbonate panel above the fire, it lights up and casts red light on the ground. Underneath the treasure island is a treasure chest with a movable key and diamond, which stimulates the children’s imagination and role-play.

Robin Island can be connected to the pirate ships by rope tunnels, or it can function independently as a play tower.

On the lookout for pirate ships

The rope ladder leads to the first floor, which is 90 cm above the ground. From here, you can look out for land through the movable telescope mounted on the lookout barrel, or take a peek through the window. If you want to connect the treasure island to a pirate ship, the beige-coloured window panel can be removed and replaced with a rope tunnel. The treasure island is also available without the jungle hut. For more information, please see LP164 Little Treasure Island.