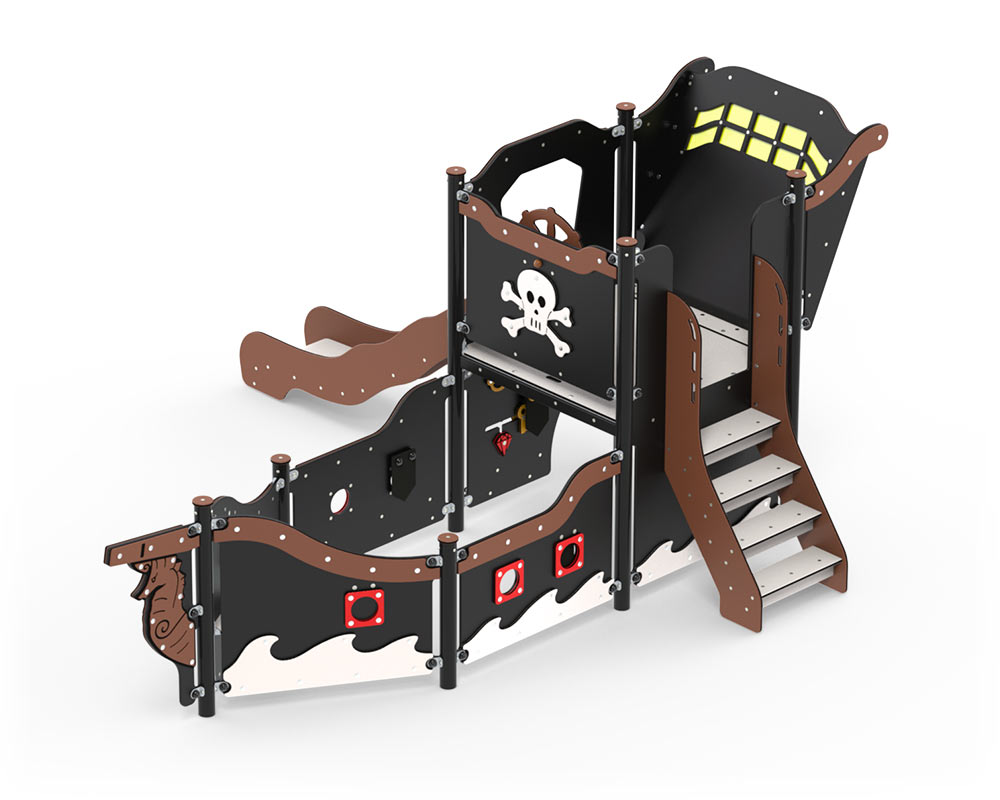 A small ship for big adventures

The pirate ship Christian is one of the smallest ships in the series together with LP111 Ofelia and LP110 Leopold. These three smaller ships provide the most basic play activities in a limited area of space. Christian requires an area measuring only 7.3 x 6 metres.

The small ships have numerous moving parts: an anchor, keys, diamond panel, rubber slats and the ship’s wheel on the deck. The moving parts stimulate children’s imagination and initiate role-play.

Wind in the sails

The slide is fun, but it also helps to develop children’s understanding of cause and effect, while strengthening their sense of balance and gross motor skills. The ‘galleon’ windows at the back of the ship are made of polycarbonate, which casts colours on the deck and ground in bright sunshine. Polycarbonate is extremely strong, and withstands all weather conditions.

Like the rest of the Pirates series, Christian is 100% maintenance-free and reusable.