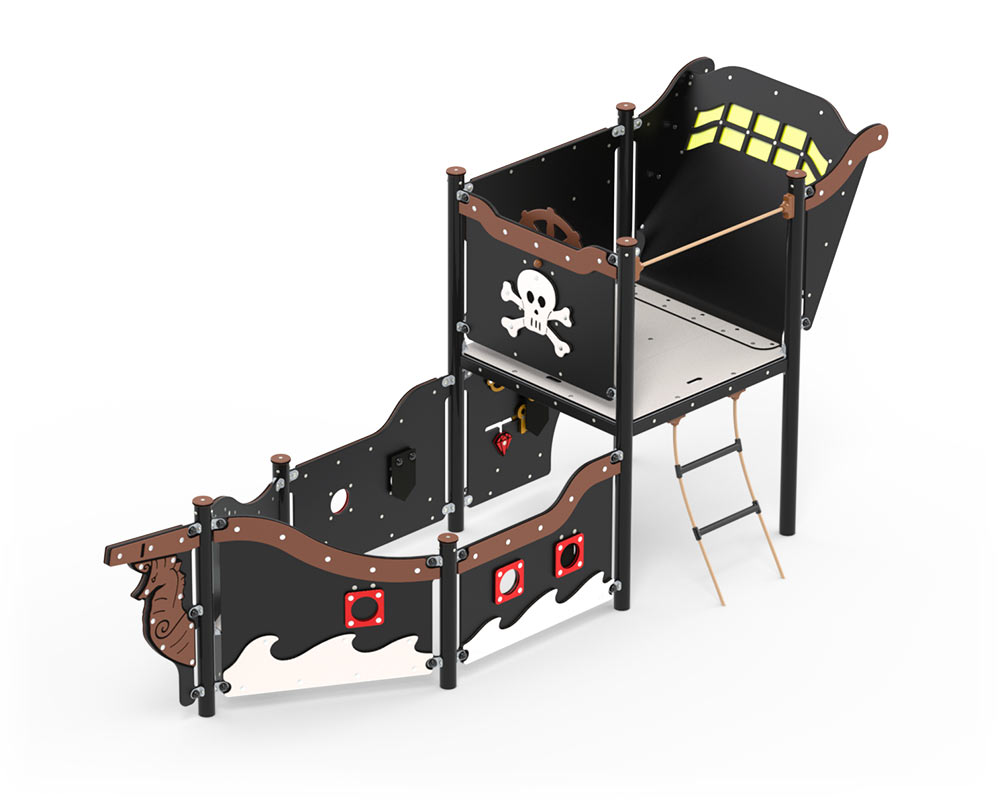 A small ship packed with adventure

The pirate ship Leopold is one of the smallest ships in the series together with LP111 Ofelia and LP113 Christian. These three smaller ships give you the most basic play activities in a limited area of space. Leopold requires an area measuring only 7.2 x 4.4 metres.

The little ships have multiple moving parts: an anchor, keys, diamond panel, rubber slats and the ship’s wheel on the deck. The moving parts stimulate children’s imagination and initiate role-play.

On board the ship’s top deck

The top of the play equipment is accessed via a rope ladder. The rope ladder challenges both balance and gross motor skills, which is why Leopold is recommended for three-year-olds. The deck is raised 90 cm above the ground, a height which allows you to gaze far beyond the horizon.

The ‘galleon’ windows at the back of the ship are made of polycarbonate, which casts colours on the deck and ground in bright sunshine. Polycarbonate is extremely strong, and withstands all weather conditions.

Like the rest of the Pirates series, Leopold is 100% maintenance-free and reusable.