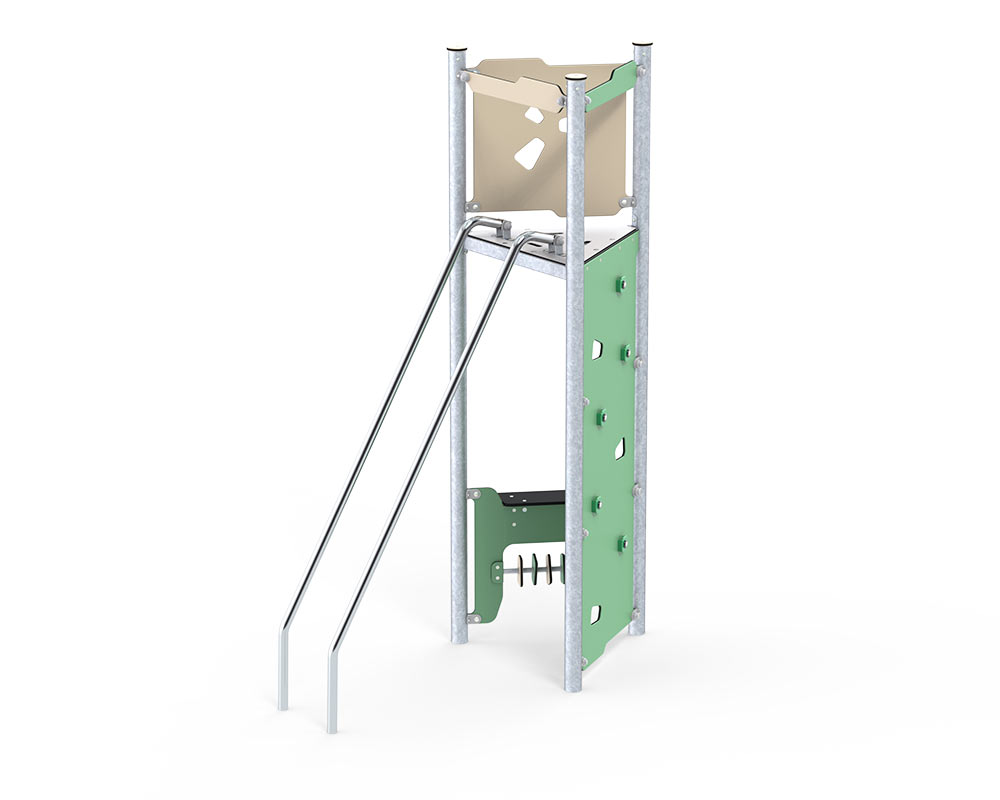 Fun and challenges with sliding poles and a climbing wall

The Bjork play tower is one play towers in the Basic series, where the play value is increased by having two play zones which are suitable for both older and younger children. The older will be challenged by the height of 190 cm as well as the climbing wall and sliding poles, while a play panel at the bottom of the tower invites the younger children to role plays. Do you want a simpler tower with less height and a slide instead? Then have a look at our LB110 Basil model.

A trip down the sliding poles is achieved via the tall climbing wall, which is designed with holes and climbing stones. Besides being a fun element on the play tower, the climbing wall also improves the children’s gross motor skills and develops their brain. Cross-body movements with the arms and legs strengthen the neural activity between the two sides of the brain, and this interaction is used when learning to read and write.

The tall play tower has two play zones, which makes it possible for multiple groups of children to play together at the same time without interrupting each other. At the top of the tower, the older children can explore the climbing wall and the sliding poles, while the play panel at the bottom is perfect for the younger children. The play panel is designed with a small counter and an abacus, which is ideal for role playing. Over the counter, the children can sell mud pies and other goods from the shop, and while they are stimulating their imagination and creativity, the role and negotiation plays also help to develop their language. In the same way, the abacus is both part of the games and at the same time exercises the children’s fine motor skills and sense of numbers.