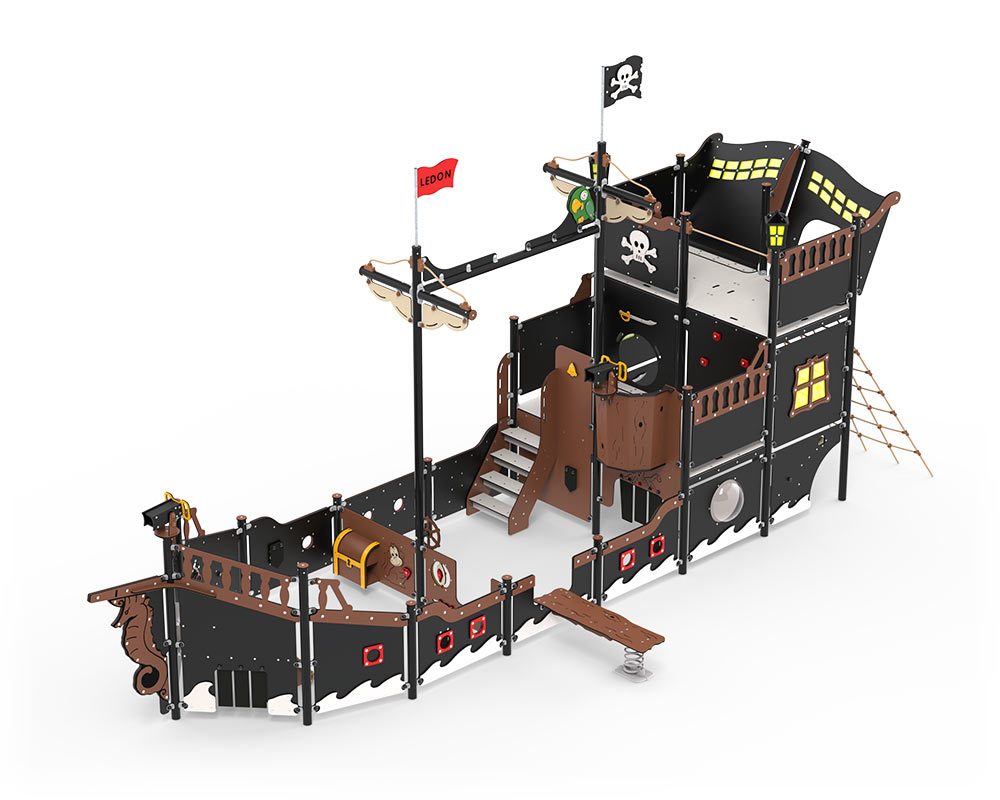 A pirate ship with a high ceiling

The biggest pirate ships give you two aft decks, one with a floor height of 90 cm and the other 190 cm. On the lower aft deck you can ring the bell or look out for land through the movable telescope mounted on the lookout barrel. The upper aft deck is accessed via the climbing wall panel or by scaling the large climbing net at the stern. When children climb, they perform cross-body movements which stimulate neural activity between both sides of the brain, and this helps them to learn to read and write. On the upper aft deck you can steer the pirate ship with the movable ship’s wheel or look at the lantern, which lights up when the sun shines through shockproof polycarbonate. You can read more about the four zones on the pirate ships and all the play activities here.