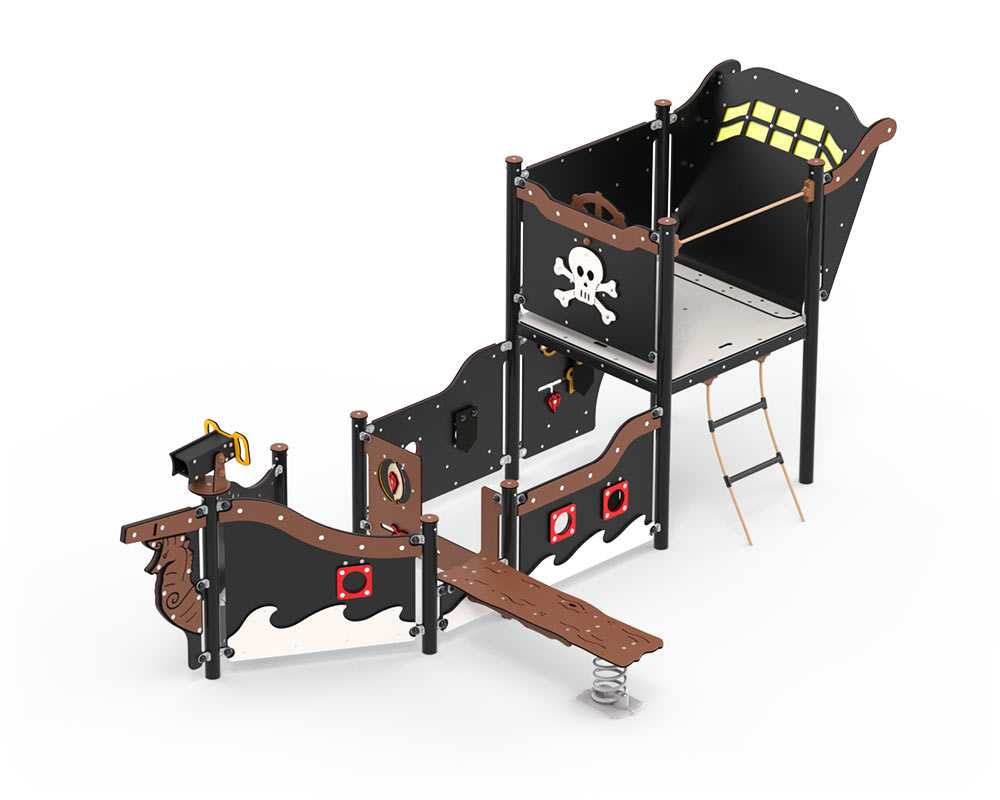 A medium-sized pirate ship packed with activities and challenges

Halifax is one of the four medium-sized ships in the Pirates series together with LP121 Falcon, LP123 Nathalie and LP125 Gabriel. This size of pirate ship is packed with many different play activities. In the bow you can look out for land through the telescope, which can tilt and turn. You can also raise the anchor or control the movable compass. On the top deck is the ship’s wheel, from where you can enjoy views across the playground. The upper deck is accessed via a rope ladder, which presents challenges for the children when they are playing as it exercises both their sense of balance and gross motor skills.

All the medium-sized pirate ships feature a wobbly plank. The plank was something which really caught the children’s attention when we were developing the ships, and in fact it was their innovative idea to put a spring underneath. Walking on the wobbly plank is fun yet stimulating. Both physically, as it trains the children’s sense of balance, and socially, as it encourages them to negotiate the rules of the game when playing. You can read more about how children were involved in developing the Pirates series here.