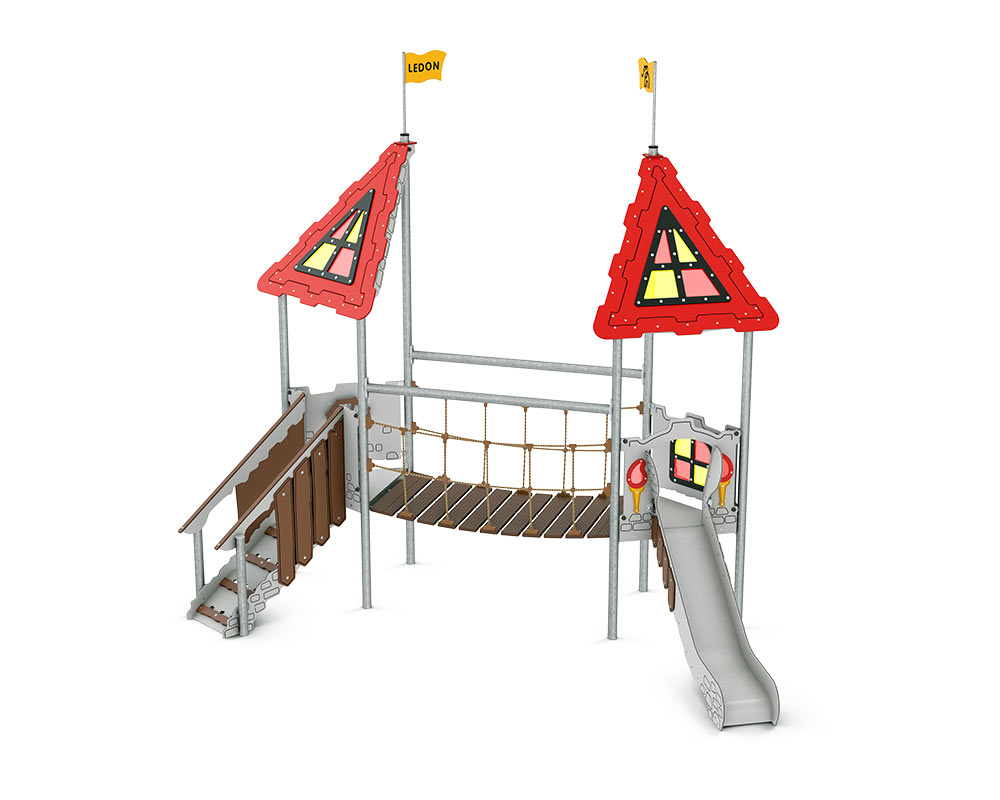 Two play towers in one

Morgan le Fay comprises two interconnected towers with triangular platforms. The result is a large model on a relatively small area – 9 x 6 metres.  The towers are connected by a suspension bridge, which tests children’s sense of balance before a well-earned ride down the slide at the end. Non-slip steps lead up to the first platform, so even the youngest toddlers can join in. Holes in the floor of the steps prevent sand and dirt from accumulating.

The first tower is equipped with a rotating ship’s wheel, which will inspire many hours of imaginative play out on the ocean. When the ship’s wheel is turned, it rotates the sword on the knight’s shield on the other side. Children can gain their sea legs on the swaying suspension bridge, which leads across to the next tower, where there is a colourful window panel and a slide down to terra firma. Both towers naturally feature the LEDON Castle series’ distinctive roof windows with colourful panes that project patterns onto the ground, thereby fuelling children’s imagination.

LEDON Castle is your guarantee of a high-quality playground